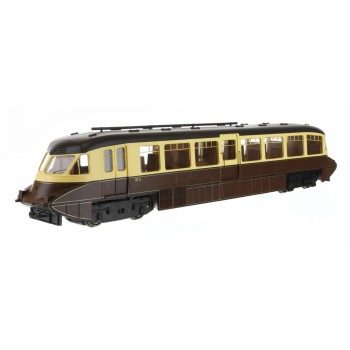 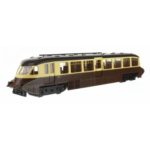 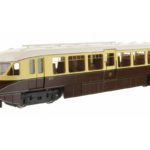 Availability: Out of stock SKU: 300138
Facebook Email
Add to wishlist

The first diesel railcar was introduced by the GWR in 1933. The innovation was to prove extremely successful and they continued in operation well into the 1960s when their use was eclipsed by the introduction of the BR first generation DMUs. The railcar’s art deco air smoothed styling has lead to their nickname of `Flying Banana’ although later variants were produced to a more angular style. In all 38 GWR diesel railcars were produced from 1933 to 1942 at three different sites with three surviving into preservation.