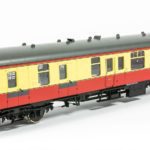 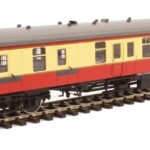 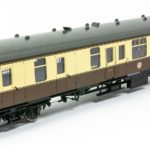 British Railways Mark 1 is the family designation for the first standardised designs of railway carriages built by British Railways (BR) from 1951 until 1974, now used only for charter services on the main lines or on preserved railways.
Following nationalisation in 1948, BR had continued to build carriages to the designs of the “Big Four” companies (the Great Western, Southern, London Midland and Scottish and London and North Eastern railways), and the Mark 1 was intended to be the standard carriage design for use across all lines, incorporating the best features of each of the former companies’ designs. It was also designed to be much stronger than previous designs, to provide better protection for passengers in the event of a collision or derailment.

The Mark 1 coaches were built in two distinct tranches: the early vehicles (1951–1960) and the ‘Commonwealth’ stock (named from the type of bogie used) from 1961 onwards. The coaches were manufactured by British Railways, Cravens and the Gloucester Railway & Wagon Company being built at six different sites: Derby, Doncaster, Eastleigh, Swindon, Wolverton and York. Many survived into preservation and some are still in service to this day.