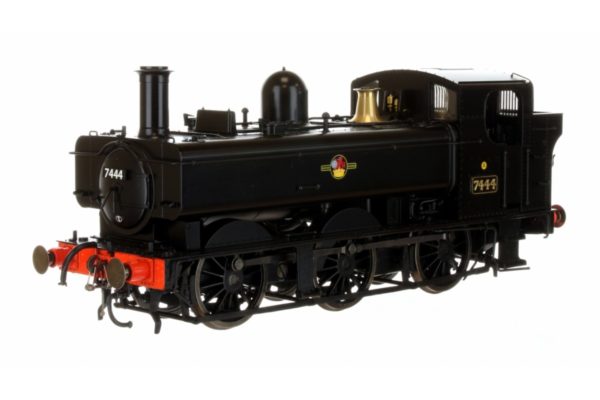 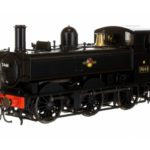 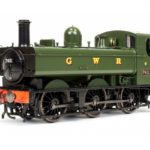 Availability: Out of stock SKU: 113405
Facebook Email
Add to wishlist

The 6400 class were introduced in 1932, whilst the 7400 class followed in 1936, with a total of 90 being constructed. All forty of the 6400 class were fitted for auto-train working, and with their smaller driving wheels, were intended for the more steeply graded lines of the Welsh valleys and Cornwall, although they became more widespread in later days.

All of the 7400 class and the last ten of the 6400 class can be distinguished from the original thirty by the intersection of the cab/bunker which is square with no roof overhangs.

The fifty locomotives of the 7400 class were not auto-train fitted and had higher boiler pressure, which increased the tractive effort, but otherwise identical to the last ten of the 6400 class. They were more widely distributed and were found on branch line passenger, freight and milk traffic workings, as well as station pilot and shunting duties.

Numbers 7430-7449 built after the war came out with the new top feed, which had begun to appear on earlier engines of both classes. Steps were put on the Fireman’s side of the bunker from 6430 onwards and earlier engines brought into line by about 1945. A total of three from this class of locomotive survive into preservation.